A.    Some questions we ask involve the immediate.

B.      Some questions involve the long-haul.

C.     The questions asked on our Q&A Night are both immediate and for the long-haul.

1.      Immediate:  Something we have wondered about or have been asked by others.

2.      Long-haul:  Because they are spiritual, they can impact the destiny of our soul or the souls of others.

D.    Tonight, we will be looking at two questions.

A.    Stated:  Several hundred years before the Law of Moses, there was the Hammurabi Code of Law.  What can you tell us about this law? 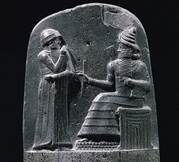 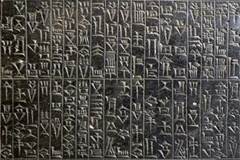 d.      The stone was discovered in 1901 by French archaeologists while excavating the ancient city of Susa, the capital of Elam.

a.      The stone contains 282 laws that governed Hammurabi’s kingdom.

b.      The laws were intended to unite a diverse group of people and promote justice within the kingdom.

c.       Some of the laws were extremely harsh (Ex., if a son struck his father he would have his hands hewn off).

d.      The code reveals that there was a class system among the people ruled by Hammurabi:  slaves, commoners, nobles, foreigners.

e.       The code “serves as a window into the prevailing values of ancient Babylon” (www.ushistory.org, “Hammurabi’s Code:  An Eye for An Eye”).

3.      Some argue that the Hammurabi Code was the basis for the Law of Moses because there are similarities between them.  How should one respond to this thought?

a.      God ordained three institutions:  the home, government, and the church.

b.      We really see the beginning of governments after the flood in the book of Genesis.

And the beginning of his kingdom was Babel, and Erech, and Accad, and Calneh, in the land of Shinar.

As for Ishmael, I have heard thee:  Behold, I have blessed him, and will make him fruitful, and will multiply him exceedingly; twelve princes shall he beget, and I will make him a great nation.

c.       The Bible is NOT a book about the development of governments.

a)      He could have done it through the Patriarchs as the head of the families.

c)      As the Governor among the nations (Ps. 22:28), it is not surprising that many laws found in various nations at various times are similar:  order, justice, morality, punishment).

d)     Similarity with the Code of Hammurabi does not take away from the importance and uniqueness of the Law of Moses.

A.    Stated:  Some Christians deal with severe anxiety and depression.  Why are they so affected?  Is it something their loved did?   How can we support them?

1.      The causes of depression, anxiety, and mental disorders are many.

a.      Situational disorders:  problems that develop when difficult situations, stressful situations arise in our lives

b.      Genetic disorders:  some mental illness appears to run in families.  Thus, they are biological in nature

c.       Chemical disorders:   problems can develop within our bodies that impact our moods and behaviors

2)      The CNS is composed of thousands and thousands of nerve cells. 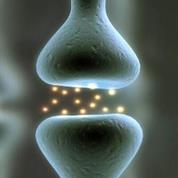 4)      When things happen to us in our daily lives, neurotransmitters (chemicals) are fired into the synaptic gap.  The amount and type of chemical determines our body’s reaction.

5)      As long as the correct amount neurotransmitters are being produced all is well.  If too few or too many are produced, our body can have horrible reactions.  Many of these reactions involve mental disorders.

2)      Thus, medications might be needed until such time that a situation does change.

b.      Biological and chemical disorders may involve medications that are needed for life.

c.       A person may need counseling to help cope with the disorder.

2)      Inpatient:  short-term or long-term (NOTE:  Some might need inpatient therapy for the rest of their lives (Ex., Alzheimer’s patient).

a.      We need to educate ourselves about mental illness.

b.      We need to encourage repentance in instances where sin is causing problems.

d.      We need to be understanding and supportive.

2)      Of the treatments being received

3)      NOTE:  We are not doctors, psychiatrists, and psychologists.

e.       We can pray for all those who are struggling with disorders.

A.    This has been an interesting study.

B.      These two points show us that we need to increase our knowledge in many areas.  They also tell us that we live in a cruel and fallen world.

C.     As long as we are in this world, we do not need to let our lights to be hidden under a bushel.  Instead, we need to let them shine brightly so others will see and glorify our Father who is in heaven (Matt. 5:16).