A.    This is our third lesson in our series entitled:  “Withdrawal of Fellowship.”

B.      In this series, we have been looking at the ten major passages that discuss this topic.

2.      The situations discussed in the Biblical text are found in churches throughout the world today.

3.      Due to the difficulty of the command, we tend to neglect it and get bad attitudes toward it.

4.      So we can practice church discipline and save the souls of those in sin.

5.      So we can keep the church of our Lord holy and separate from the world.

D.    In this lesson, we will briefly look at the last four texts that discuss this subject.

Holding faith, and a good conscience; which some having put away, concerning faith have made shipwreck:  of whom is Hymeneus and Alexander; whom I have delivered unto Satan, that they may learn not to blaspheme.

A.    When we become Christians, we must maintain faith, our personal faith and the faith of God’s Word.  Doing this enables us to have a good conscience.  In other words, there is no sting of negative emotions because we have disobeyed God.

e.       Their desire for God and spiritual things falls on their list of priorities

f.        Their production of fruit is the bare minimum instead of being abundant.

2.      Ultimately, they make shipwreck their faith.

a.      We can picture a ship that has crashed on the rocks near the shore (RMS Republic). 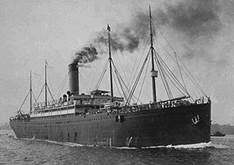 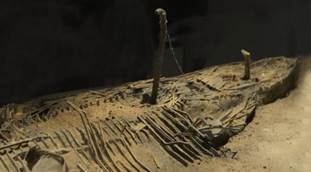 b.      The ship, however, is not a physical ship.  It is the soul of a person who has become unfaithful.

C.     Paul gives an example of two men to whom this had happened:  Hymeneus and Alexander.

1.      Instead of being faithful, they had become blasphemers.  Instead of promoting the faith, they spoke against it.

c.       Paul withdrew from these men.  They were no longer in fellowship with the called out ones.

d.      Paul hoped this action would teach them.  He wanted them to learn not to blaspheme.

1.      Faithfulness keeps the church pure and our souls safe.

2.      Putting away our faith will lead to a shipwrecked faith.

3.      Those who put away their faith need to be delivered to Satan.

If any man teach otherwise, and consent not to wholesome words, even the words of our Lord Jesus Christ, and to doctrine which is according to godliness; he is proud, knowing nothing, but doting about questions and strifes of words, whereof cometh envy, strife, railings, evil surmisings, perverse disputings of men of corrupt minds, and destitute of the truth, supposing that gain is godliness:  from such withdraw thyself.

A.    In this verse, we find Paul giving instructions about men who “teach otherwise,” that is, they refuse to proclaim the wholesome words and godly doctrine of our Lord Jesus Christ.  (NOTE:  There is a body of doctrine that is wholesome, godly and revealed by Jesus Christ).

B.      With regard to these men, Paul commanded Timothy, saying:  “from such withdraw thyself.”

1.      It doesn’t matter whether these individuals are in the church or out of the church.

It doesn’t matter if others put their trust in these men or not.

It does not matter is these individuals have a kind, gentle demeanor.

2.      We must withdraw from such men.  The word “withdraw” means:  “to remove, to make stand off, to depart from any one, to shun, to flee from, to withdraw, to keep one’s self from.

3.      LESSON:  Again we are reminded of how important the doctrine of Christ is and how dangerous it is when men refuse to consent to it.

A man that is a heretic, after the first and second admonition, reject; knowing that he that is such is subverted and sinneth, being condemned of himself.

B.      There are many ways that a person could become a heretic or factious individual.

2.      Rebelling against the leadership of the church.

3.      Exalting one group in the church over another group

C.     If this man is confronted about his actions two times and refuses to change, he is to be rejected.

D.    Paul describes this man as being

3.      Condemned of himself because of the choices he has made in his spiritual life.

God speed is partaker of his evil deeds.

A.    We are reminded again of the importance of abiding in the doctrine of Christ.

a.      Preachers travelled a lot in the first century.

c.       Christians were commanded to be hospitable people.

d.      Therefore, they would take them into their homes.

e.       A man who did not abide in the doctrine of Christ, however, was not to be brought into one’s house.

a.      They were not to wish him success or prosperity in his labors.

b.      He was a false teacher.   The only prosperity he would have would be leading individuals away from the truth.

c.       The faithful were in no way to encourage, support, or promote his evil ways.

A.    Church discipline serves many purposes.  The two primary functions are:

2.      To maintain the purity of the precious body of Christ.

B.      There are two main reasons to withdraw from an individual.

1.      Behavior that fails to conform to the teachings of God’s Word.

2.      Doctrine or teaching that is contrary to the doctrine of Christ.

C.     We may never like the action, but let all of us develop a healthy respect for the action because it is a command of God.

1.      The world may never understand our actions.

2.      The weak in the church may constantly criticize and condemn out actions.

3.      God, however, will always be well-pleased with our actions because we are obeying His Word (See Hebrews 5:9).

And being made perfect, he became the author of eternal salvation unto all them that obey him.